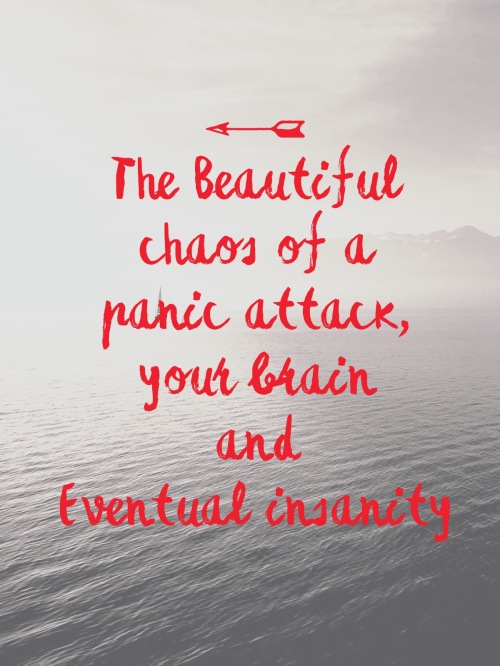 This might be a downer of a post today so I can only apologise for it coinciding with Friday celebrations. But unfortunately sometimes these things can’t be helped, however, it still needs to be told.

Yesterday I experienced what one would call a panic attack that was probably mixed with a breakdown of my mind, body and soul. If I were to try and explain what this would feel like, I think I would do a pretty terrible job. But I will try anyway. You see the beauty of one is that it might slightly alter every time. So your mind will convince you that you are having a heart attack, some rare disease and/or dying because you haven’t experienced these feelings before. You are a prisoner to your mind and if it says that you are dying, well then, you are dying. You will convince yourself that only rare un-treatable ailments are afflicting you. And because of your beautiful mind, it shall cause a stormy chaos that is so uncontrollable, you fear that this is the end of the line. Eventually your biggest fear will rear its ugly head… that you are finally going insane.

I felt faint at work and asked to leave early. I thought I was coming down with something normal, like a cold. But as I kept thinking about it, I couldn’t shake it. It’s flight or fight at its very core. All your senses are telling you that you must leave, run, fly, drive, whatever, just so you can escape. I called an uber because the thought of going underground felt like I would be depleting any energy that I had left to survive. So I stayed on the surface of the earth thinking that the open window and the breathing of semi-fresh city air as we whizzed along would soothe me. But instead, I focused on the way the driver was stopping and starting the car. It was a jerky ride to say the least and thus, the sudden urge of sickness was bubbling up inside of me. I was not only ready to kill this taxi man but also succumb to my own perilous death by jumping out of the vehicle and praying wholeheartedly that I would get hit by a bus. A bit dramatic isn’t it? Well that’s how your mind fucks with you. You are present in that moment, feeling everything, all senses heightened to infinity.

But of course these feelings did not go away. I managed to get home, take a shower and jump into bed. It was about 3:30pm and I was determined to fall asleep. But did my brain let me? No, no it did not.

Now this is where things get completely out of control. As I lay there I got a sense of anxiety, like something was coming but I didn’t know what. My limbs felt heavy. It swayed from being numb to pins and needles, to finally me feeling like my whole body was going into paralysis. I felt like I was sucked under a mound of cement trying to fight my way out. Lethargy was in abundance, confusion soon followed and that’s when I was at the point of no return. I called the NHS (which is a free GP service here in the UK) and I begged them to see a Doctor. But all she (the receptionist) could offer was having the doctor call me for a phone consultation. I was in despair so I grab it with open arms. I then called my mom, who did not help my situation whatsoever. In fact, she made it worse. But finally the doctor called and that’s when I broke down. It’s like my mouth was clamped, jaw tightening commenced so much so that I thought I was going to break my back wisdom teeth. Breathing at this point, was none existent. All I kept saying, like a broken record, is that “I am freaking out!” So she asked me to come in.

With all my might I fought to get dressed. The yearning to see the Doctor outweighed the pain I was going through. I was like an amputated soldier still crawling around in the battlefield. And yet, somehow I managed to keep moving.

As I walked, alone, to what felt like a death sentence, I cried. The crying was never-ending. Tears were pouring out of me. They were making tracks on my face. I now know what Smokey Robinson meant by the way. No matter what I did, my eyes were a broken faucet that could not be fixed. The streets were filled with people and I did not care. They stared at me, a dishevelled resemblance of a human being, and yet I still did not care. My main goal was to get to the doctors office.

Finally I had arrived. As I waited, I continued to cry. There was a woman opposite me, looking as I cracked out a hundred tissues. If it were me, I don’t know what I would have thought if I saw someone acting like I did at the time. The doctor came down to get me and by the time we went to her room, having sat down in her chair for no more than a second, I sobbed even more violently than ever before. Breathing ceased to exist and my brain felt like it was about to explode. Talking was not even a remote option. There I was, unkempt, fucked up un-penciled eyebrows, pale makeup-less face, clothes that did not match, crying in front of a complete stranger. Bless her for being so calm in such a situation. She managed to check me out, reassuring me in the process, that nothing seemed out of the ordinary. You would think I would have been relieved. But I wasn’t. Because this meant that my brain had concocted all these symptoms all on its very own.

Just so you know. I have never been a person to cry in front of others. I have always opted not showing signs of weakness in public. In fact, I had always prided myself in being one tough cookie. Yet something in my brain had said enough is enough. Something snapped and malfunctioned. And now I have the fear that one day, my brain may go to the extreme of the anxiety spectrum. Thus resulting in a nice cosy cell with  four padded walls.

I don’t know why this happened. However, I do remember the first severe time it ever occurred. I was in Greece, miserable with my life, hating my very existence. I had experienced a prolonged version for three months. Yes, three months! I thought I was dying. I convinced myself I had cancer because I couldn’t see properly. Light affected me. I was experiencing a form of vertigo. The list was a very long, extensive one. All the specialists that I went to said that everything was fine. And all, had said it was stress related. I scoffed at this idea. Stress? Bullshit! But one day I decided to pack my bags and fly to Cyprus. That trip alone, was the most excruciating experience of my life. Yet I pushed through it. And do you know what happened forty-five minutes after landing? All my symptoms had vanished, without a trace. And just then, did I acknowledge that it was brought on by stress. I know why I went into a mental breakdown that time. But this time? Everything seemed fine. I’m in London. Working, paying all my bills. Seeing friends from time to time. What could I possible be so anxious about for me to have an attack? What is wrong about my life? It’s an okay life. People have it far, far, far worse and I remind myself of that every day. Yet here I was, thinking the world was sitting on top of me. That I was breathing for the world. That I was suffering for the world. That I was dying for the world. I mean who the fuck did I think I was! The modern day woman version of Jesus?

The brain is a powerful organ, isn’t it? It has the capability of giving you hallucinations, depress the living shit out of you and make you think that you are dying. It is the grandmaster puppeteer, commanding a slave held by unbreakable strings. I can only bow in merciful pain when it decides to strike. It’s a sadistic bastard. Prolonging the agony as long as possible just for its own personal amusement. But through it all, I manage to at least try and stay strong. And I always repeat these words in the hopes that one day they will work within 2 seconds flat…

You are going to be fine. Breathe. You have gone through worse and you have always made it to the other side. You are not dying. You do not have an incurable disease. You got through the last one and you will get through this one. You…. will…. be… okay….

*If you suffer from panic/anxiety attacks, just know that you are not alone. Tell someone. Get to a doctor and talk about what you experienced. Here are some things that you might find useful. 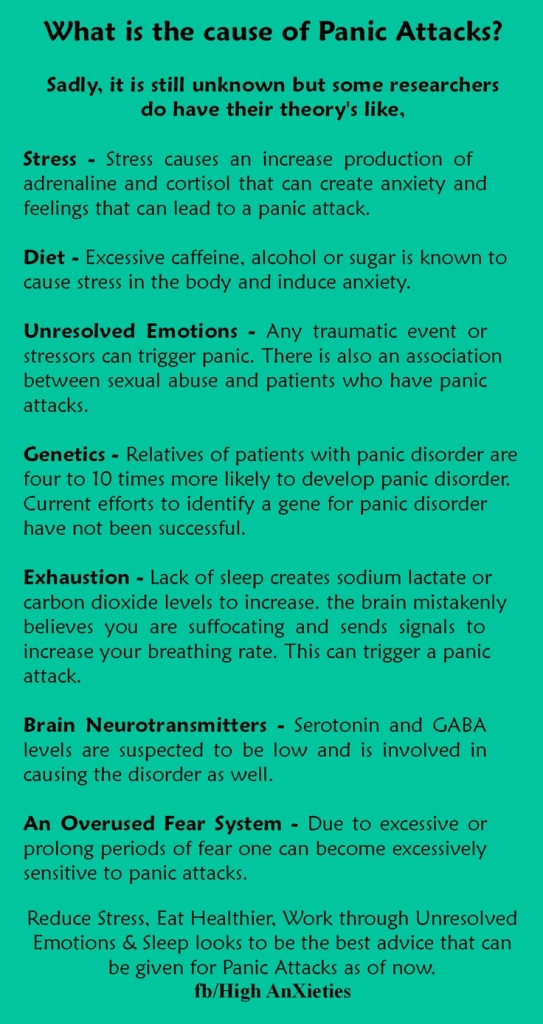 Also Art therapy works wonders. It’s like an adult colouring book. And who wouldn’t want that. I just bought one… 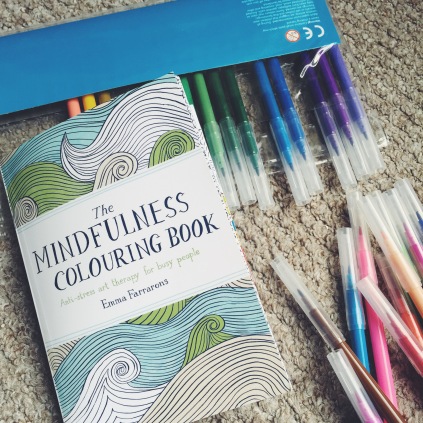 4 thoughts on “The Beautiful Chaos of A Panic Attack, Your Brain and Eventual Insanity”